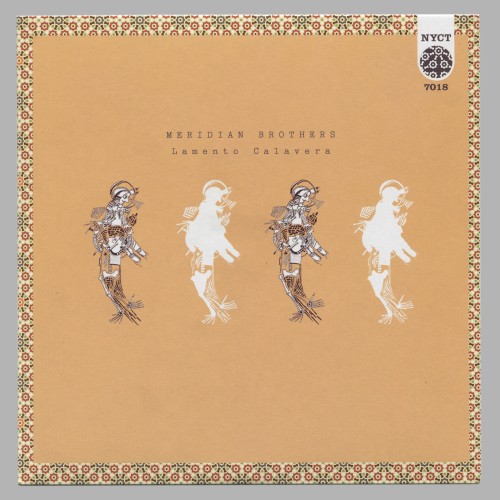 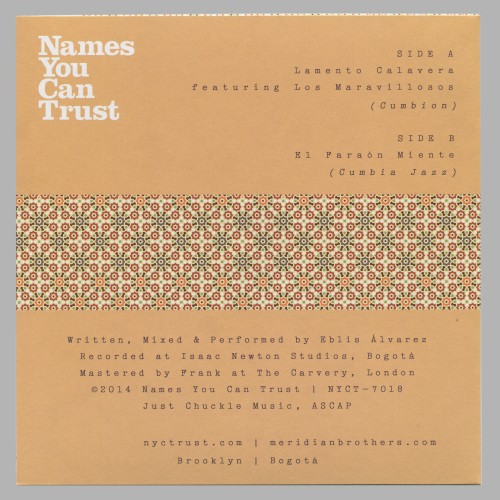 Bogota's Meridian Brothers return to Names You Can Trust with a brand-new double-sided single. Having made their mark on the local scene in Colombia for over a decade, the last few years have brought Eblis Álvarez and his strange brew of tropical rhythms, wonderfully outrageous electronic sounds and unique, playful vocal style into the consciousness of a world wide audience. Building on the success of their previous album 'Deseperanza' as well as the upcoming 'Salvadora Robot' (both out via Soundway Records),  Álvarez has concocted two new gems exclusively for this NYCT release.

Recorded inside Álvarez's Isaac Newton Studios, these quirky yet seductive experiments in cumbia are further proof that Meridian Brothers and their rare style are unmatched in the modern landscape. Lamento Calavera, a mostly instrumental, electronic beat and synthesizer infused study on cumbion (fast cumbia) builds at a frenetic pace until the choir (as done by Los Maravillosos) resets. El Faraón Miente, a jazzy mid-tempo cumbia, rides along effortlessly with its carousel-like melody and bubbling Peruvian-influenced guitar riffs. With a cover illustration by Álvarez himself, this is another automatic collector's piece from Meridian Brothers and Names You Can Trust. 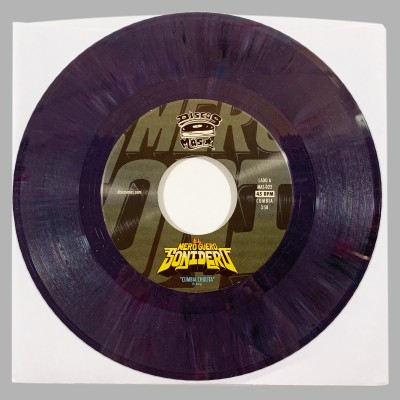 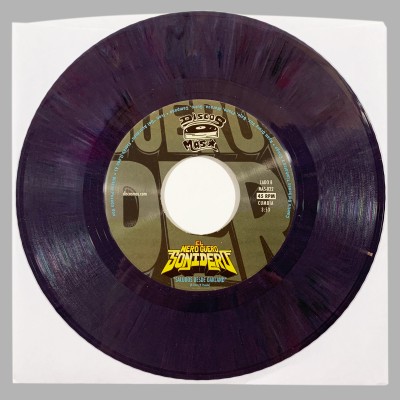 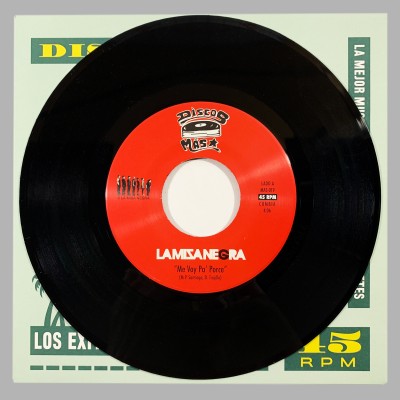 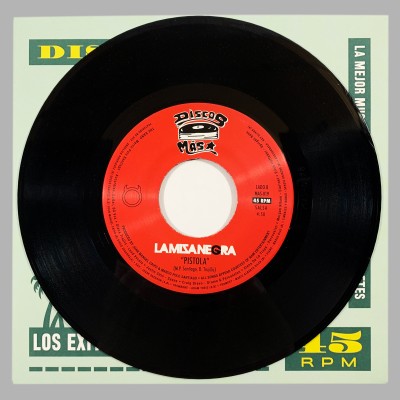 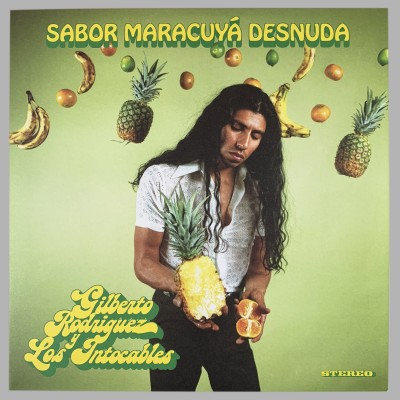 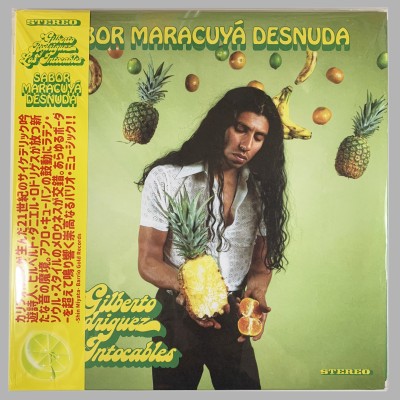 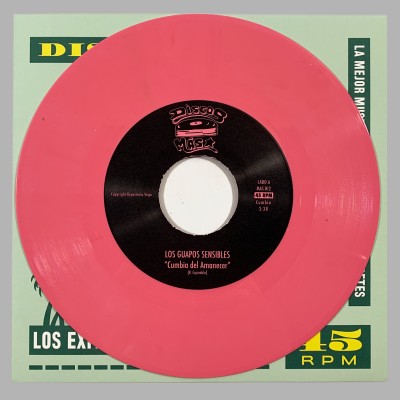 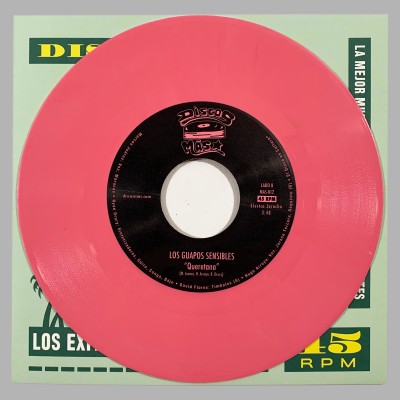 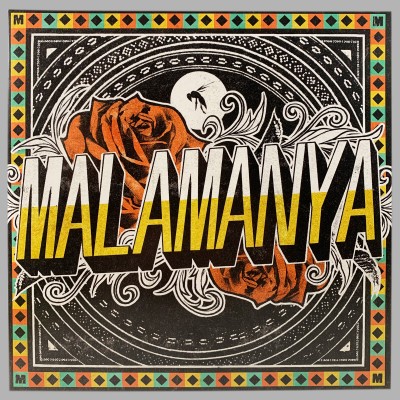 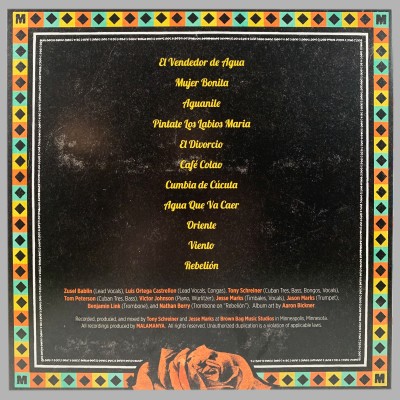